A thrilling ride through jungle, caves and treetops! Run, jump, bounce and swing on vines as you help Banana Kong to outrun a huge banana avalanche! Keep full control with highly responsive single-finger tap and swipe controls. Ride the boar or fly with the toucan to overcome dangerous obstacles like massive boulders, crocodiles, piranhas and boiling lava. Nature can be a cruel enemy…Thanks to full Game Services integration you can see your friends best distance right in the game. Compare your high scores and unlock achievements while improving your playing style. A highly dynamic game engine will provide endless fun in this neverending run. Each session is a new challenge as the level is built randomly on the fly. Collect as many bananas as possible to fill your energy bar. Use a power-dash to destroy obstacles or take alternative routes like the deep underground cave area or treetops. Find secrets and unlock extras to get the most out of the game.

The idea to make a gorilla action game was already scribbled by FDG in early 2011. When developer studio Gamaga came to us pitching some concepts we offered them to create Banana Kong with us. It soon turned out to be the perfect team to realize the idea and turn it into an exciting and fun endless runner with many cool features. Banana Kong was the first in its genre to seamlessly let the player switch areas by dashing through cave entrances and climb up into the treetop. An underwater area was added later in an update. The fun aspect of the characters in the game was influenced by the Donkey Kong Country series (Nintendo) 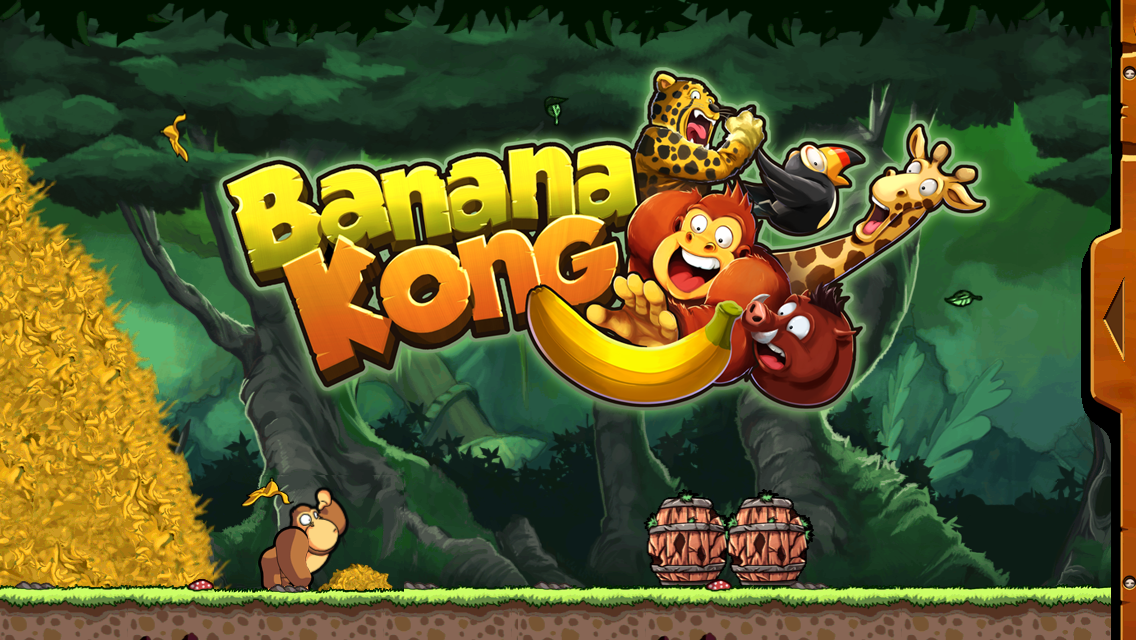 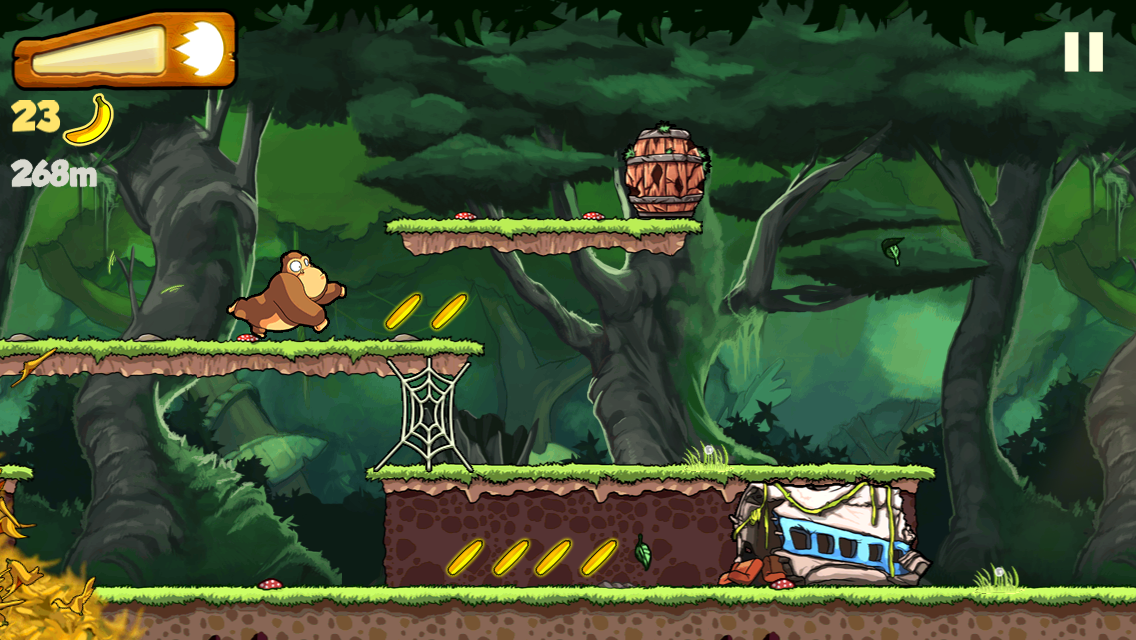 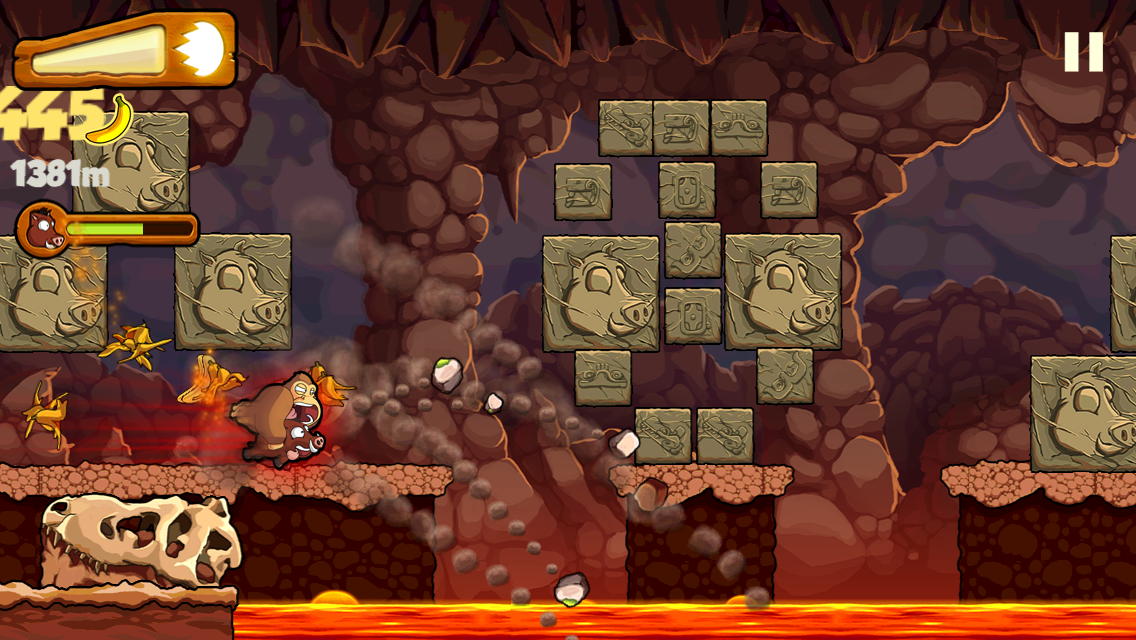 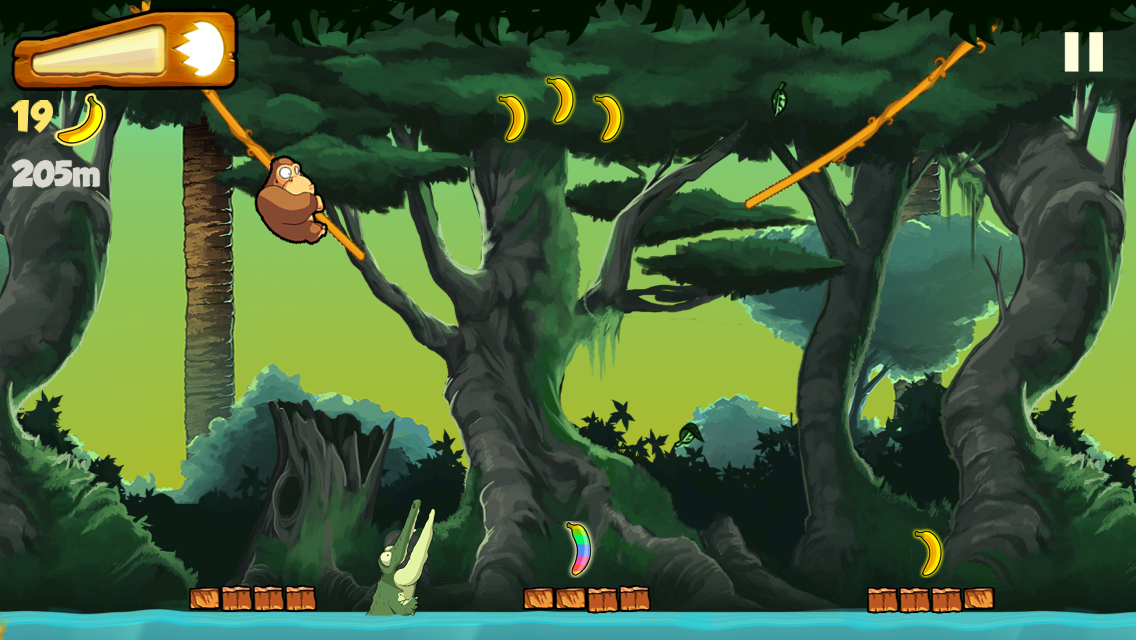 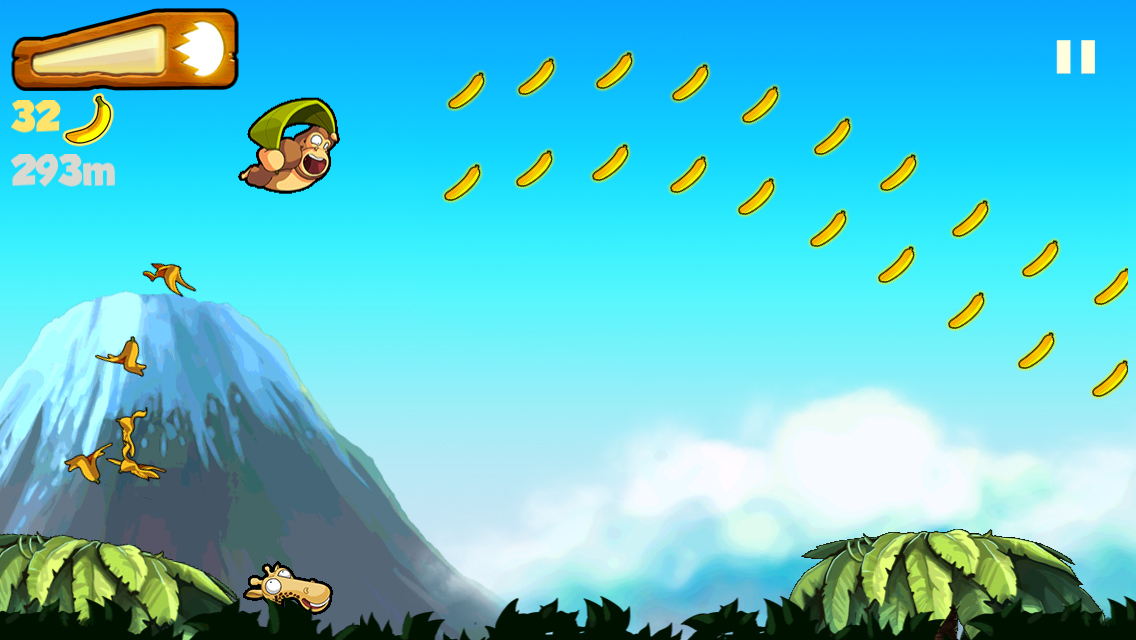 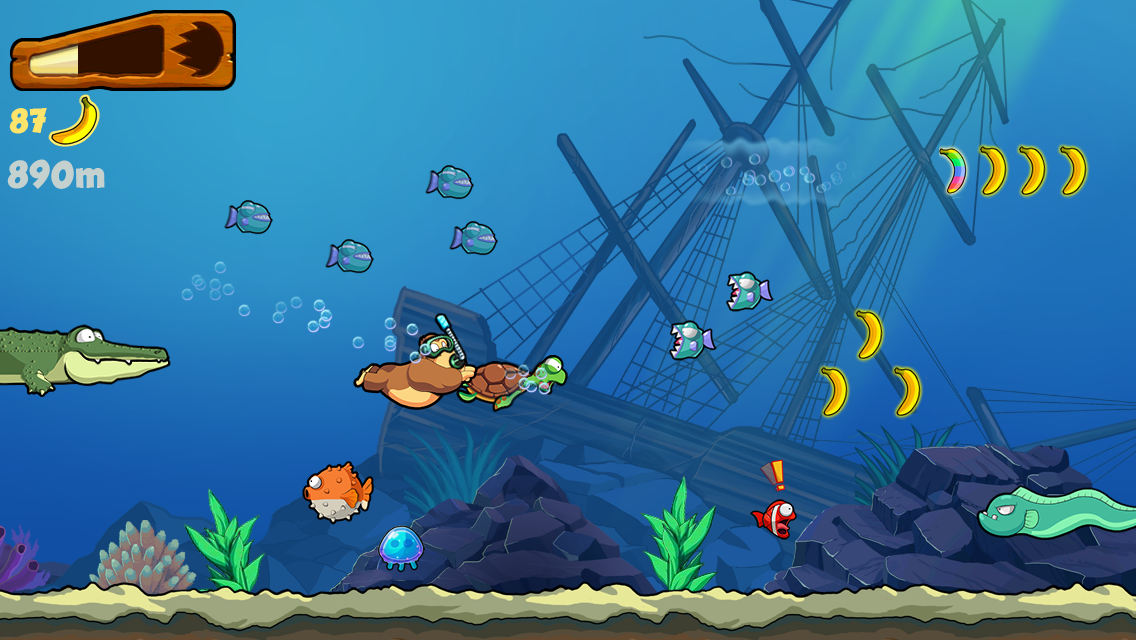