THE WORLD’S FIRST ENDLESS ACTION RPG! Slayin will test your skills like no other endless game on the App Store. Don’t get yourself fooled by its charming retro graphics and motivating chiptune soundtrack. In this game, death lurks behind every corner! Your task sounds all so simple. First choose from one of six heroes. Then slay as many monsters as possible, while leveling up and getting more powerful equipment and spells along the way. But there’s a catch: once you die, you’re gone for good!

Slayin had its humble roots as a Flash game back in 2011. Due to its adicting gameplay, carefully crafted balance and lovable art style it quickly became a popular tile in the indie game scene. Mid 2012 the one man team at Pixel Licker joined forces with FDG to expand Slayin into the iOS smash hit it now is. The initial release in 2013 expanded on everything that made the original Flash game so great, by adding new levels, bosses and music just to name a few. After it was selected as best of App Store 2013 by Apple, the game received a mayor 2.0 update in January 2014. It was the first game to get an "editor’s choice" for an update on the App Store. Version 2.0 added three completely new characters doubling the count to six. The update was very well received, even better than the hugely popular initial release. Since then Slayin is one of the App Store essentials that should not miss in any gamers library. 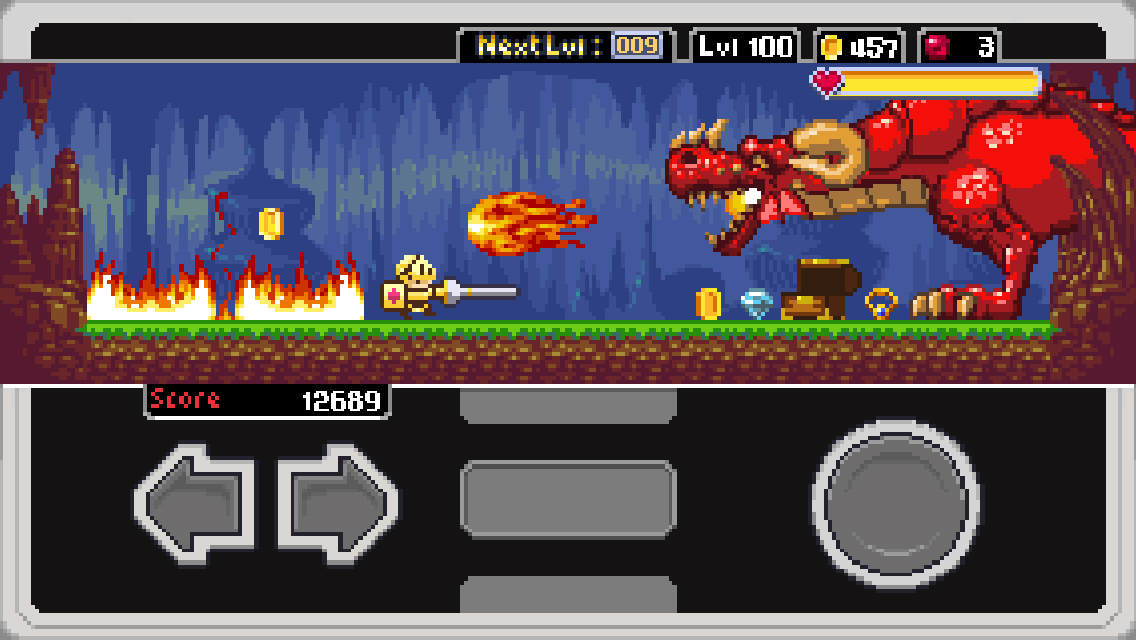 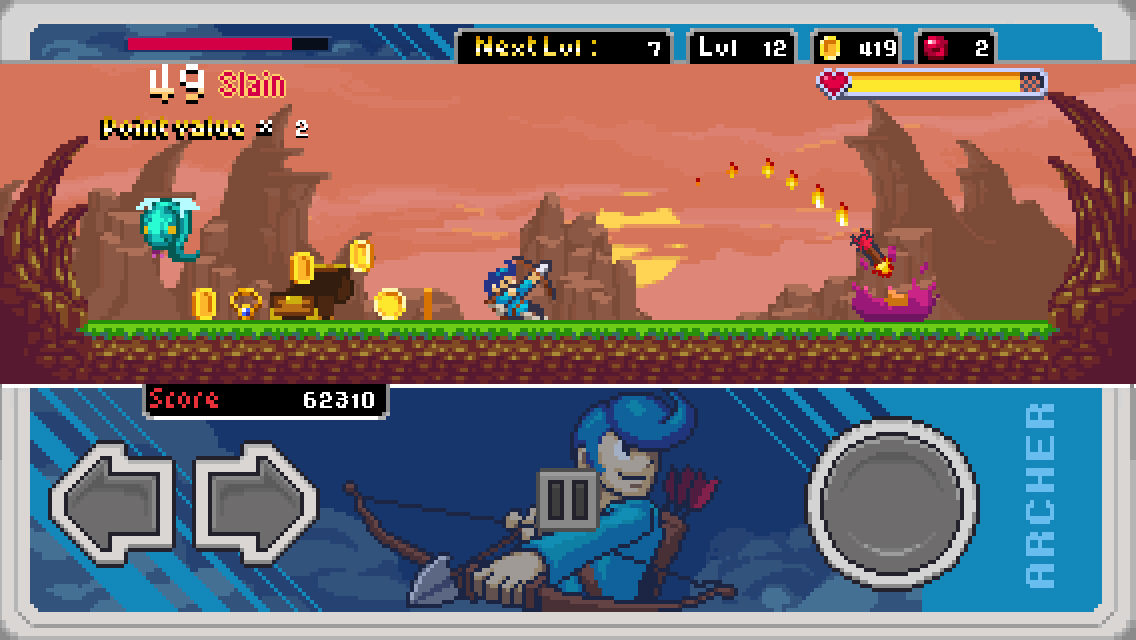 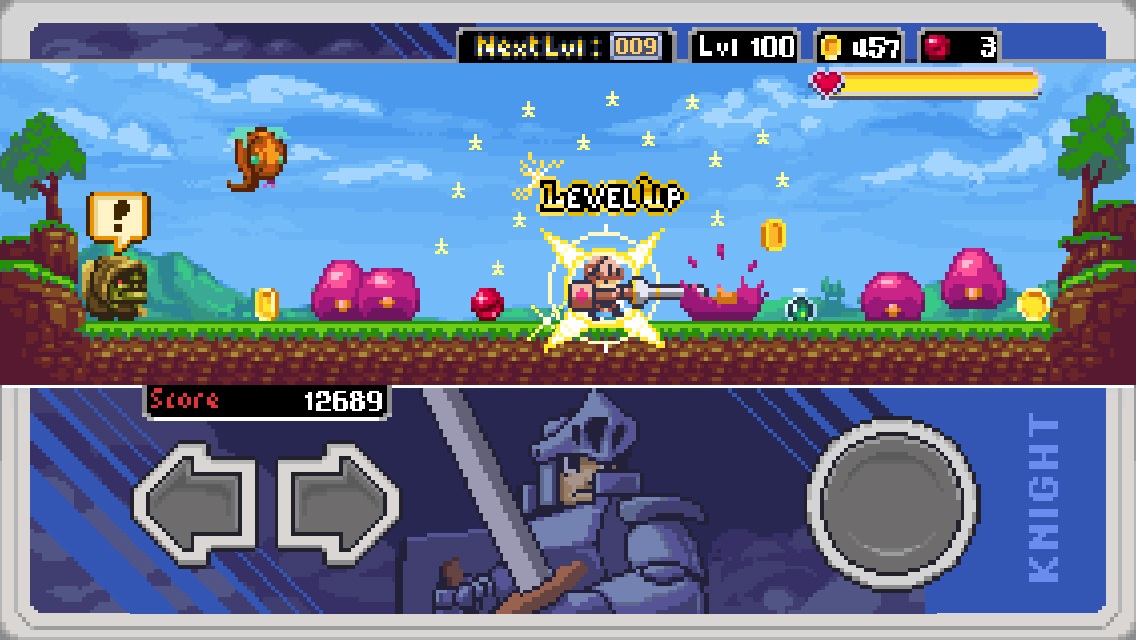 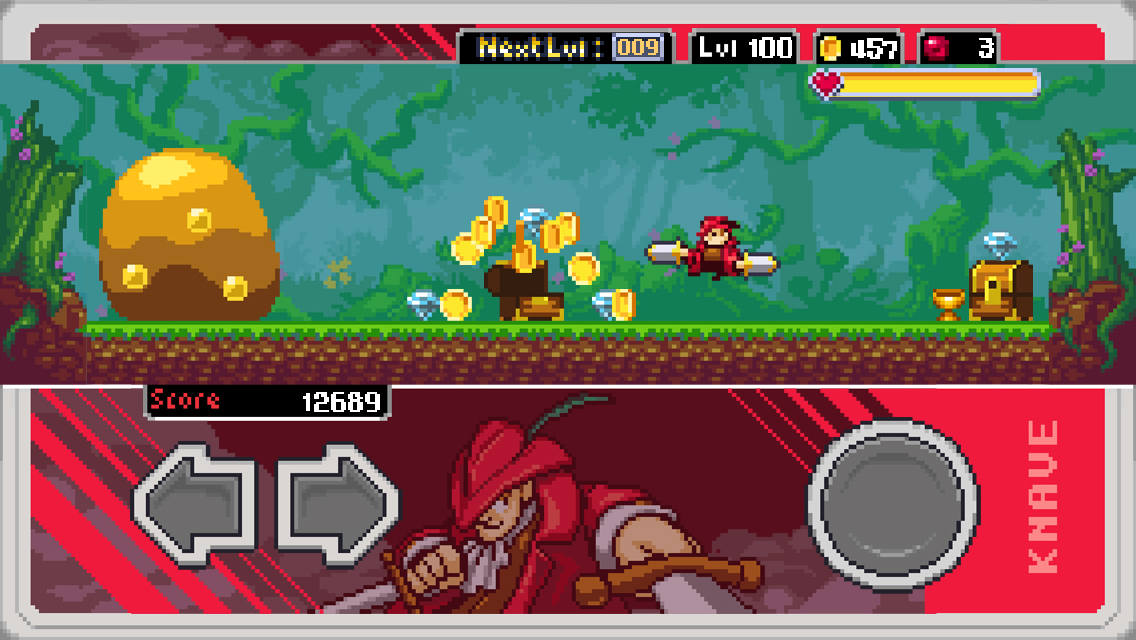 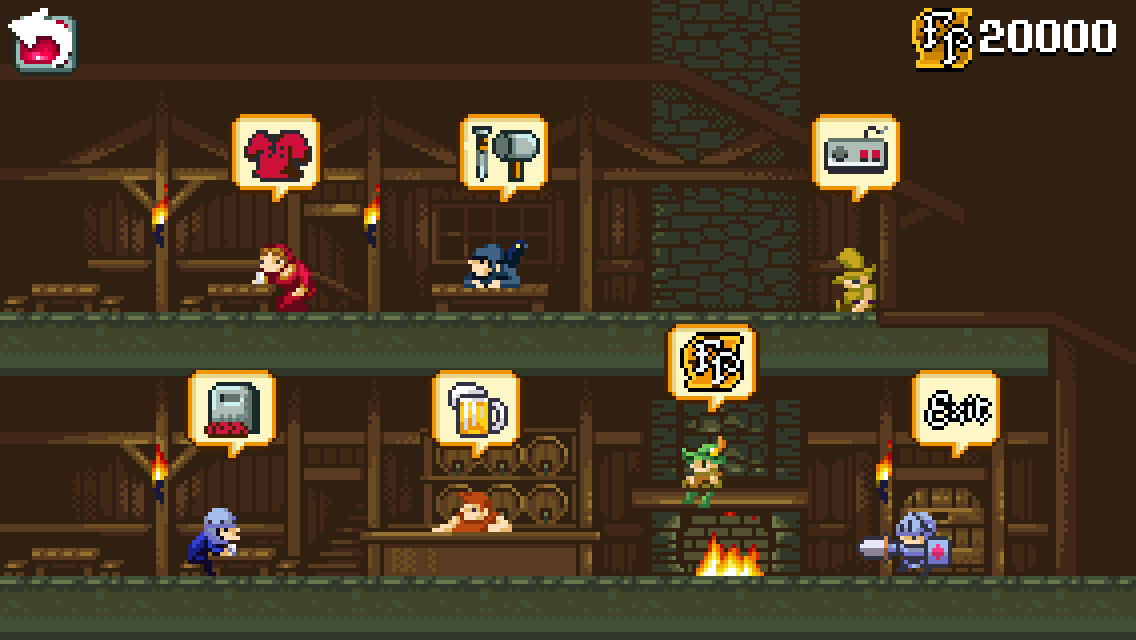 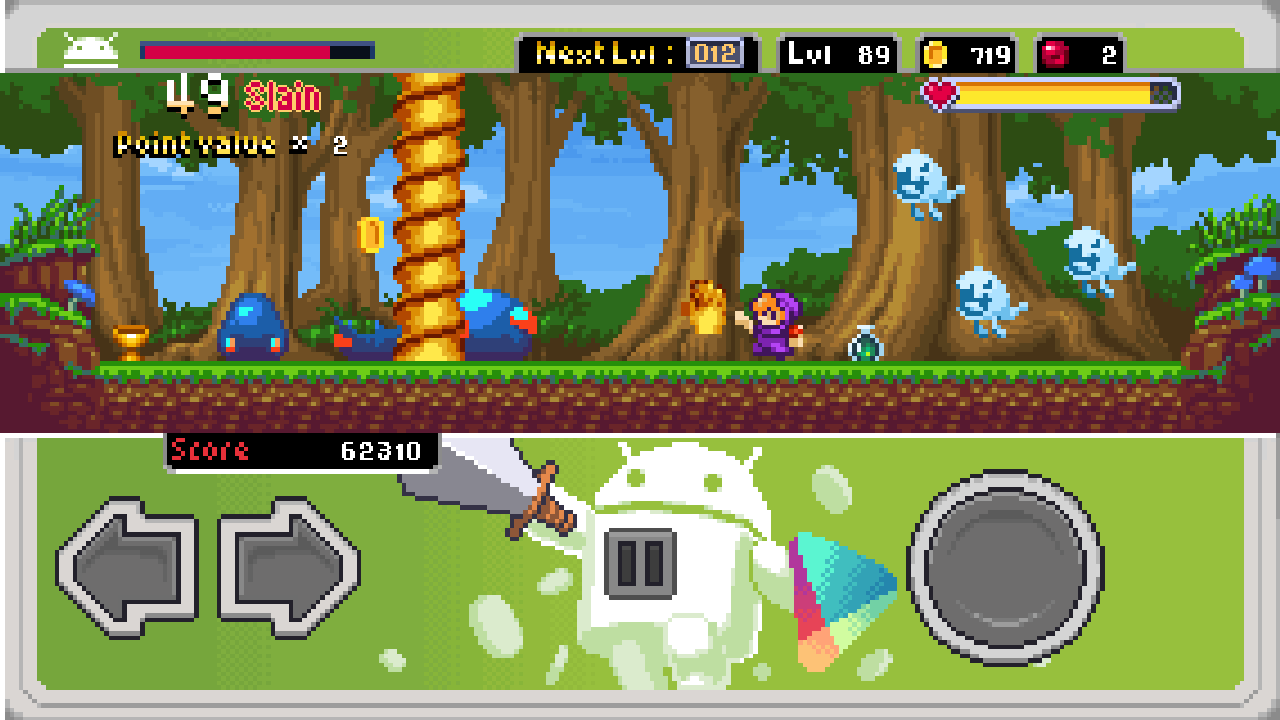